My Favourite Place To Dive? – Part 1

I often get asked – where is my favourite place to dive?

It is like asking me which is my favourite kid (I have three). I love them all very much, for their unique qualities. And I seriously love several dive spots in the world, also for different reasons.

So I will answer this question alphabetically, so as not to rank any one place higher than the next. And keep in mind that although I have been very fortunate to travel extensively to dive, there are still many places in the world that I would love to go (also listed alphabetically, to avoid ranking) – including Antarctica (yes, really), the Maldives, Mozambique (for the sardine run), Palau, Papua New Guinea, the Philippines, the Red Sea, the Solomon Islands, and Socorro Island, to name the current wishlist.

Of the places I’ve been, here is the first standout: 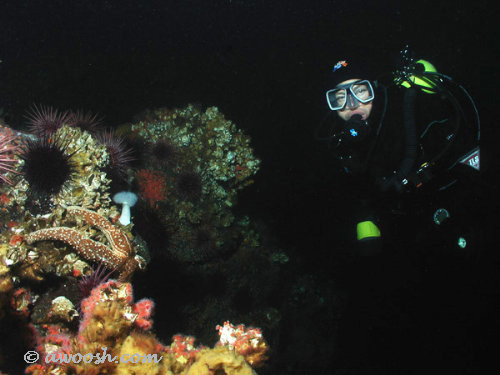 DG on the Reef

I don’t have to go very far to experience the best (according to Jacques Cousteau) of cold water diving. It’s right here in my backyard, so to speak. Well, maybe not right in my backyard (although there is some decent diving not more than 15 minutes from where I live), but just a ferry ride and a drive away. Discovery Passage is best accessed from Campbell River or Quadra Island – about half way up Vancouver Island – a two hour drive north of Nanaimo, where the ferries from Vancouver land. Port Hardy is about three more hours further than that, on the northern tip of Vancouver Island.

Discovery Passage and Port Hardy are right up there with the best diving I have done anywhere in the world – warm, temperate or cold. Yes, it is freaking freezing, but nothing that a good drysuit and some warm layered undergarments can’t mitigate. Water temps at depth hover consistently in the high 40’s. That would be Fahrenheit ;^)

The water is emerald green, and dark. 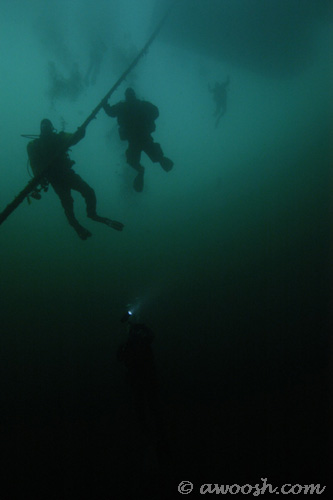 Divers on the Line

In summer, an inevitable plankton bloom in the top 30 to 40 feet effectively sucks all the light out of the water, but below that, it can be very clear. In winter, the visibility can be astonishing – I’ve seen up to 120 feet of gin clear viz, in February. But be warned – you might be breaking the ice on the camera rinse bucket to enjoy epic viz like this ;^)

Diving in British Columbia is much like a twilight dive. And being like a night dive, a good light is everything. Without a light, even in the best, clearest winter conditions, the colours are lost – everything looks dun and grey. With a light, the colours explode – oranges and reds and purples and pinks and yellows and blues. The only other place I have seen so much colour is in Fiji.

And the creatures are equally spectacular – a wide biodiversity of critters abounds, especially in areas where tidal currents are strong. Nudibranchs of many varieties are everywhere – big ones (we’ve got some of the largest nudis on the planet), little ones, and everything in between. Giant Pacific Octopus are common (in protected areas where they aren’t fished out). The joli-laid Wolf Eel makes its home here too, munching sea urchins as its main fare. Giant barnacles, numerous varieties of anemones (including the majestic plumose metridia and fish eating anemones), tube worms, brittle stars and many other critters take advantage of the twice daily current exchanges to extend their tentacles and feed. The result is plenty of colourful reef, totally encrusted with stuff. Seriously, in many places in Discovery Passage and Port Hardy, you can’t put your finger down without killing something.

I can’t pick just one picture to demonstrate the amazing biodiversity and colours. So here are a few: 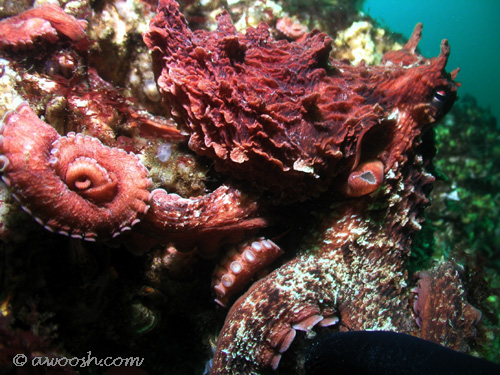 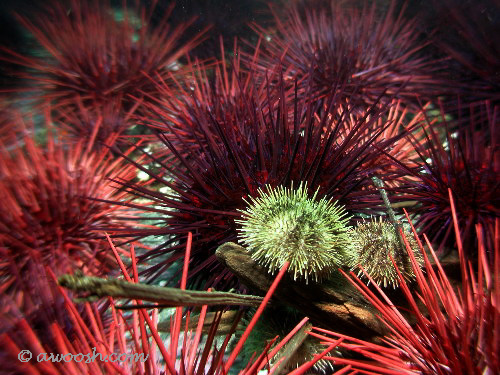 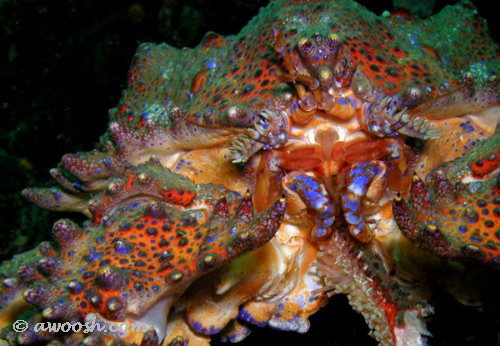 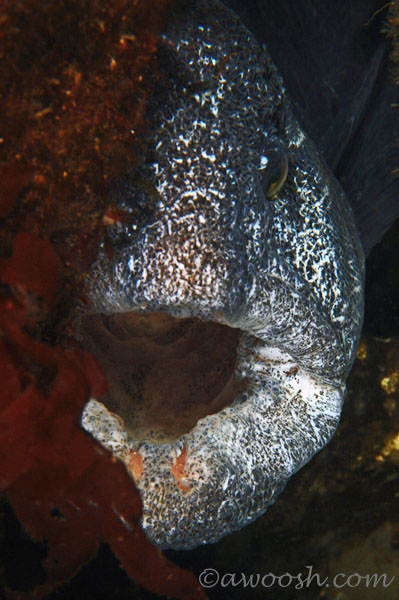 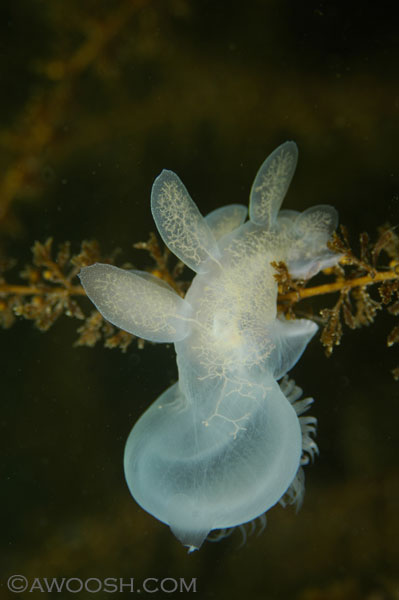 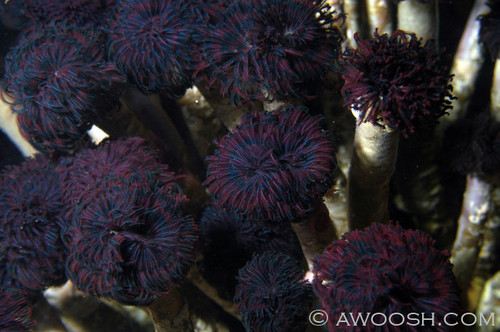 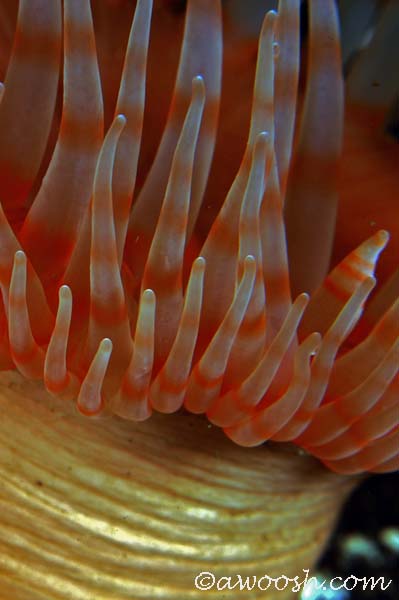 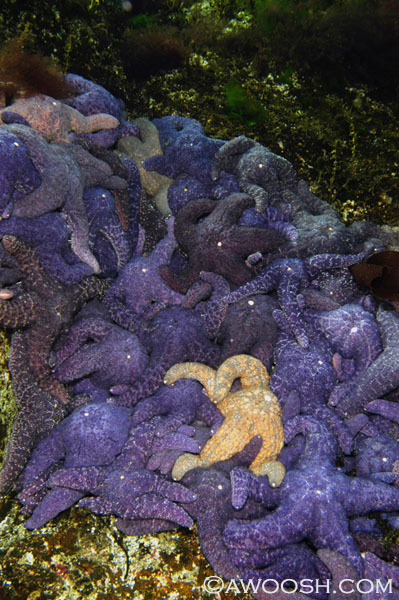 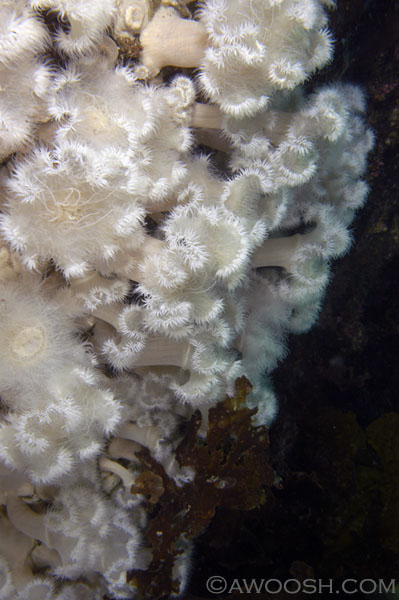 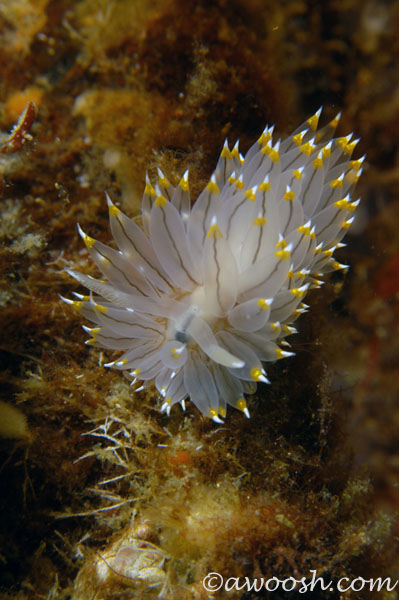 Man, I did get a bit carried away, didn’t I? ;^) Seriously, after many forays into the chilling, but thrilling, British Columbia waters, I have a lot of images to draw from.

Born and raised on the west coast of Canada, I have always felt a strong connection to the sea. But for many years, I stayed on the surface, afraid of what lurked down deep. When I was in my early 30's, with three young children (aka the P's), my husband (aka Mr G) signed us up for a SCUBA certification course, as a surprise. Although I had my fears, my stubbornness prevailed, and somehow I made it through four murky, frigid, cold water dives in Vancouver to successfully pass the course. Soon after we went diving off the west coast of Mexico, in the Sea of Cortez, where my eyes were opened to the beauty and other-worldliness of the life down under. And the rest, as they say, is history. I currently have well over 2000 dives under the belt, and I have been fortunate to travel extensively in Asia, Australia, Fiji, Galapagos, Costa Rica, California, the Caribbean, Mexico and here in British Columbia. After shooting hefty DSLRs for many years, I just switched over to a groovy Olympus Micro Four Thirds camera, in a Nauticam housing, with dual Sea & Sea strobes and a bag full of lenses. In addition to this blog and my personal website (Awoosh.com/Directory), which is linked at the top of the blog, my stuff has been widely published in a variety of magazines and websites, including an ongoing regular monthly feature on Scubadiving.com. All links to this work can be found in this blog.
View all posts by Judy G Diver →
This entry was posted in All About Scuba Diving, British Columbia Travel, Travel, Trip Reports and tagged Discovery Passage, Port Hardy, Quadra Island. Bookmark the permalink.

4 Responses to My Favourite Place To Dive? – Part 1