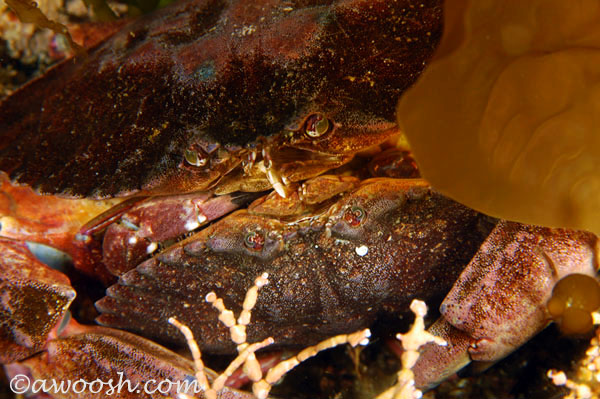 I haven’t been crabby for a while. So why today, you may ask? Well, it’s certainly nothing major, nor porn-related for that matter ;^) Instead, I have come to realize that due to my inferior image archiving practices, I have a tedious and daunting task in my near future.

I have reams of images, burned to CDs and DVDs, collecting dust. It is suggested that the data files on these burned discs can deteriorate over time, which would mean, if I don’t do something with them sometime soon, I could lose the originals. I do have small, resized images sorted in a gallery function on Awoosh, but they are a fraction of the size of the original files, as they are intended for sharing on the internet. As an example, they could never be converted into quality prints.

The thought of surfing through literally thousands of images, and transferring the ‘keepers’ on to a peripheral hard drive is a wee bit daunting. And now that summer appears to be knocking at the door, I really can’t imagine holing up in front of my computer, feverishly working through all the images over the next few months. On the plus side, it may be fun to revisit some trips and their images that were taken long ago. I plan to really be discerning in what I keep, in order to pare down the huge library into a manageable and accessible vault of imagery. Long gone are the days where I kept everything I shot. And also on a positive note, I have been backing up images to peripheral hard drive instead of disc for a couple of years now.

Speaking of archived images – I shot this pair of crabs, in mating behaviour, on a day trip to dive Nanaimo (British Columbia) several years ago with P1. I really liked the male’s expression – as if he is very ticked off at the intrusion ;^) I have not seen a repeat of this behaviour since. Not sure how often crabs ‘do it’, but they don’t seem to be nearly as frisky as, say, nudibranchs ;^)

To read more about how crabs mate, feel free to follow this link. It is explained much better than I could, in a brief description.

Born and raised on the west coast of Canada, I have always felt a strong connection to the sea. But for many years, I stayed on the surface, afraid of what lurked down deep. When I was in my early 30's, with three young children (aka the P's), my husband (aka Mr G) signed us up for a SCUBA certification course, as a surprise. Although I had my fears, my stubbornness prevailed, and somehow I made it through four murky, frigid, cold water dives in Vancouver to successfully pass the course. Soon after we went diving off the west coast of Mexico, in the Sea of Cortez, where my eyes were opened to the beauty and other-worldliness of the life down under. And the rest, as they say, is history. I currently have well over 2000 dives under the belt, and I have been fortunate to travel extensively in Asia, Australia, Fiji, Galapagos, Costa Rica, California, the Caribbean, Mexico and here in British Columbia. After shooting hefty DSLRs for many years, I just switched over to a groovy Olympus Micro Four Thirds camera, in a Nauticam housing, with dual Sea & Sea strobes and a bag full of lenses. In addition to this blog and my personal website (Awoosh.com/Directory), which is linked at the top of the blog, my stuff has been widely published in a variety of magazines and websites, including an ongoing regular monthly feature on Scubadiving.com. All links to this work can be found in this blog.
View all posts by Judy G Diver →
This entry was posted in All About Scuba Diving, Photography, Pic of the Day and tagged Cancer productus, Mating Crabs, Mating Red Rock Crabs, Nanaimo diving. Bookmark the permalink.