Pic of the Day – Sand Diver 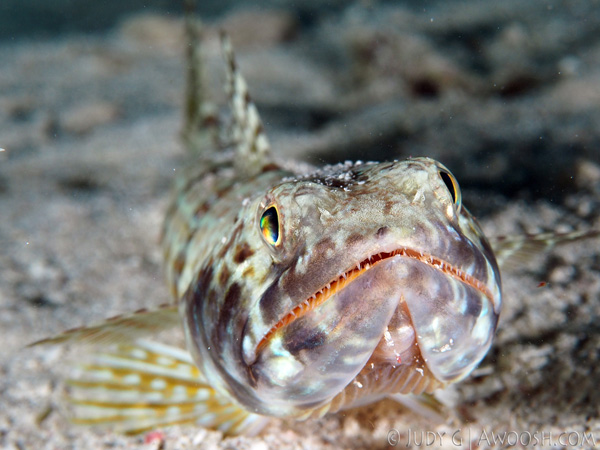 As I beaver away on a new photo gallery and write up for Scubadiving Magazine about our recent trip to CoCo View Resort in Roatan, Honduras, I thought I’d continue to share a pic or two on the blog.

I didn’t see a whole lot of new (to me) stuff in Roatan, although I will be sharing a Gaudy Clown Crab that I was super jazzed to see and photograph (and thanks to my eagle-eyed buddies Jamie and Cindy for showing it to me!).

I was having a good time playing with the new camera – an Oly OMD Mark II in Nauticam housing, and putting it through its paces. A Nikon DSLR is a bit of a hard act to follow, but the lightweight nature of these very compact micro four thirds cameras (which accept lenses from several makers) made it a very appealing alternative to me. I like this new set up so much that I sold the d300, its underwater lenses and gears, strobes, and housing to a local diver a few weeks ago. I hope he will have fun with it.

Anyhoo, back to the camera – I found with the rather spunky viz that we had in CoCo View (due to heavy rain and a lot of wind that blew up later in the week) that I mostly shot a mid or macro lens. When I bought the set up from Backscatter in California, they recommended a 14-42mm as a good mid range lens. With Nauticam’s flip port and a +5 wet diopter (meaning added on to the housing, not the camera), I was able to use this lens for some close work as well. I also bought a 60mm macro lens, which took quite a bit more trial and error to figure out. If I did it again, I would forget the 60mm, which can be frustrating to shoot, and just add a +10 wet diopter to get some super macro out of the 14-42mm.

I shot this fairly common sand diver fish (which is a member of the lizard fish family) with the Olympus 14-42mm lens, dialled in to 42. Camera settings were: shutter 1/250, f stop 14, ISO at 200. I like the fade to the back, and was going for that. On my Nikon, I would have had to shoot quite a bit lower f stop number to achieve the same effect. This shot is out of the box – meaning really no post-processing, other than resizing and sticking my brand on there. It is always my goal to get my images right, without cropping or tweaks in photoshop. I achieve this goal with moderate success ;^)

These fish lay on the sandy bottom, sometimes in pairs, and you’d think that what appears to be such a stationary fish would be easy to photograph. But not so much. You really have to sneak up on them, and even then, 9 times out of 10, they’ll spook and scoot away before you get your shot (and you are only going to get one, so have the camera tuned in). Then they’ll settle again somewhere nearby – close enough to tantalize you to try again. It can be a frustrating shot to get, but I am a sucker for their iridescent eyes…

Born and raised on the west coast of Canada, I have always felt a strong connection to the sea. But for many years, I stayed on the surface, afraid of what lurked down deep. When I was in my early 30's, with three young children (aka the P's), my husband (aka Mr G) signed us up for a SCUBA certification course, as a surprise. Although I had my fears, my stubbornness prevailed, and somehow I made it through four murky, frigid, cold water dives in Vancouver to successfully pass the course. Soon after we went diving off the west coast of Mexico, in the Sea of Cortez, where my eyes were opened to the beauty and other-worldliness of the life down under. And the rest, as they say, is history. I currently have well over 2000 dives under the belt, and I have been fortunate to travel extensively in Asia, Australia, Fiji, Galapagos, Costa Rica, California, the Caribbean, Mexico and here in British Columbia. After shooting hefty DSLRs for many years, I just switched over to a groovy Olympus Micro Four Thirds camera, in a Nauticam housing, with dual Sea & Sea strobes and a bag full of lenses. In addition to this blog and my personal website (Awoosh.com/Directory), which is linked at the top of the blog, my stuff has been widely published in a variety of magazines and websites, including an ongoing regular monthly feature on Scubadiving.com. All links to this work can be found in this blog.
View all posts by Judy G Diver →
This entry was posted in Photography, Pic of the Day and tagged Lizardfish, Sand Diver. Bookmark the permalink.