Spring Dreams Are Made of These 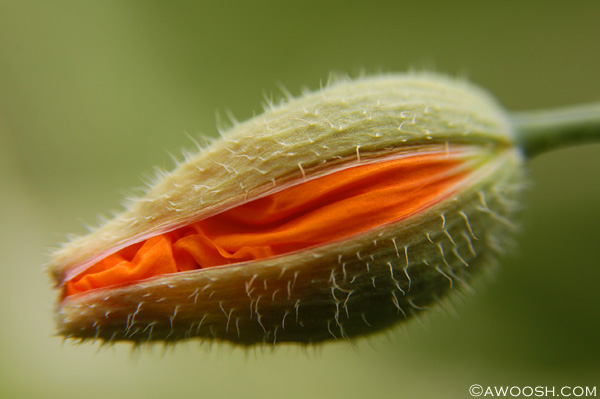 Now in the depths of winter here in Vancouver, like all avid gardeners, all I can think about is Spring.

The garden has finally been put to rest for these somnolent months – I’ve raked up bushels of leaves fallen from the deciduous trees and mounded them in the beds, to mulch and suppress weeds, and then to (hopefully) break down over the winter to feed in the Spring. The perennials – the Lady’s Mantle, the Solomon’s Seal, the French Irises, the Japanese Anemones, the Black-eyed Susans, the Hostas – have been cut back to the earth, the tall fountain grasses too – to sleep for this short Vancouver winter before their Spring resurrection. The Dahlia tubers have been exhumed and stored in the cool dry shelter of the garage. The vegetable boxes are quite bare, although a few hardy kale, beets, carrots and swiss chard boldy brave the cold nights thus far.

The Star Magnolias with their pussy willow-like buds are poised – but won’t open into long-lasting white blossoms until early March. Instead, it will be the pale pink Hellebores (Lenten Rose) that will lead off the show – the sole December bloom in the garden. In January, the first to pop up out of the ground will be the Snowdrops – lovely, nodding little white flowers on wispy stems that are surprisingly strong, even when loaded with wet Vancouver snow. And following them in February will be the tiny, ridiculously fragrant blooms of the evergreen Sarcococca shrubs that line the pathways to the house.

After these introductory notes, the symphony of the Spring garden will start to build in a swelling chorus starting in early March, and last well into June. Riotous colour – huge Rhododendron and Azalea blooms in purple, yellow, red, hot pink. The Magnolias too, with their almost gaudy, massive flowers, and the fruit trees with their confetti of tiny blossoms. Perfumed, mauve Lilacs and leafy Dogwoods loaded with pretty white flowers. Tulips and Crocus and huge Allium globes atop tall, regal stalks. I love it all.

Over the years I have occasionally ventured out into the garden with a camera, to try to capture the beauty of Spring, and to work at keeping my photo skills alive in the too long gaps between dive trips. It feels like the right time to share some of them with other garden-loving readers, here in this dark o’ winter. 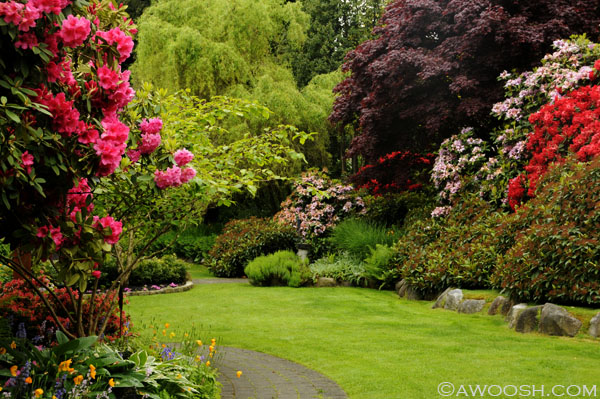 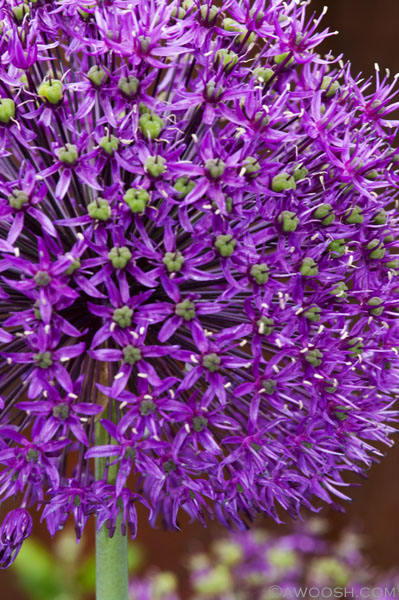 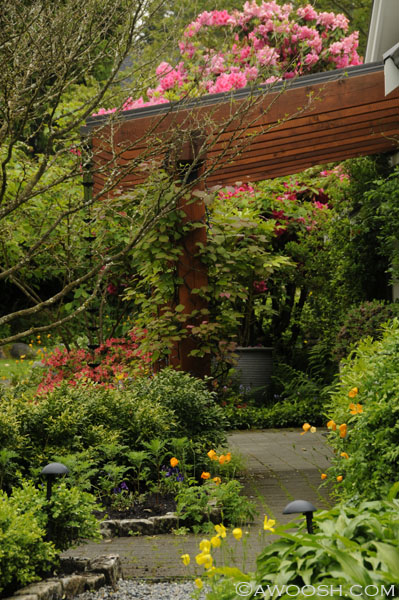 A riot of Spring colour 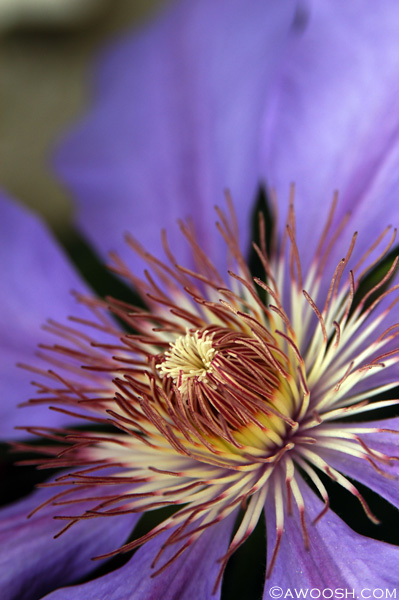 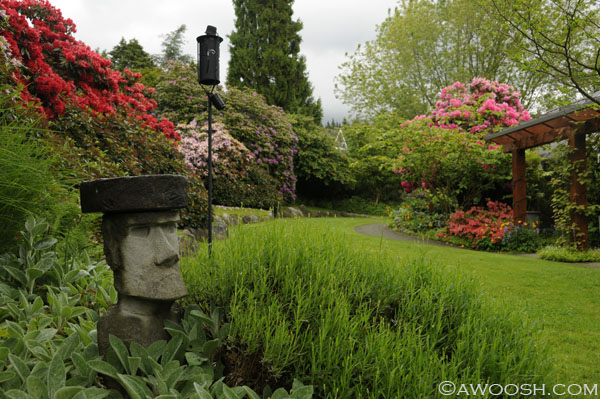 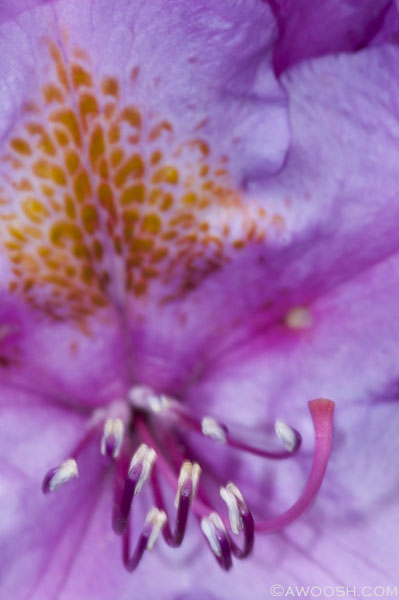 Born and raised on the west coast of Canada, I have always felt a strong connection to the sea. But for many years, I stayed on the surface, afraid of what lurked down deep. When I was in my early 30's, with three young children (aka the P's), my husband (aka Mr G) signed us up for a SCUBA certification course, as a surprise. Although I had my fears, my stubbornness prevailed, and somehow I made it through four murky, frigid, cold water dives in Vancouver to successfully pass the course. Soon after we went diving off the west coast of Mexico, in the Sea of Cortez, where my eyes were opened to the beauty and other-worldliness of the life down under. And the rest, as they say, is history. I currently have well over 2000 dives under the belt, and I have been fortunate to travel extensively in Asia, Australia, Fiji, Galapagos, Costa Rica, California, the Caribbean, Mexico and here in British Columbia. After shooting hefty DSLRs for many years, I just switched over to a groovy Olympus Micro Four Thirds camera, in a Nauticam housing, with dual Sea & Sea strobes and a bag full of lenses. In addition to this blog and my personal website (Awoosh.com/Directory), which is linked at the top of the blog, my stuff has been widely published in a variety of magazines and websites, including an ongoing regular monthly feature on Scubadiving.com. All links to this work can be found in this blog.
View all posts by Judy G Diver →
This entry was posted in House & Garden and tagged Garden, Spring. Bookmark the permalink.

2 Responses to Spring Dreams Are Made of These